On a blustery Saturday 29th December we took to the water at Maldon Hythe Quay to compete in this rowing race for the RNLI. As usual we dressed with elegance and poise, all in the best possible taste!

From the competitive aspect, there was something different about this year…. for the first time in many years we didn’t win the trophy for the boat raising the most money! Last year we threw down the gauntlet and challenged other boats to try to raise more money than us and the South Woodham Ferrers Coastguard did just that!!! They raised £3,000 and we raised £2,570. The total raised for the RNLI was £8,200 – about £5,000 more than last year!

We were the first Ladies’ multiple boat and we won third prize in the fancy dress. 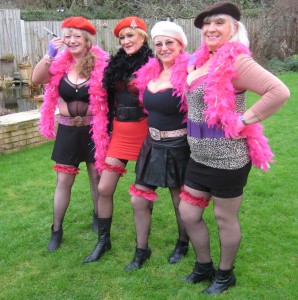 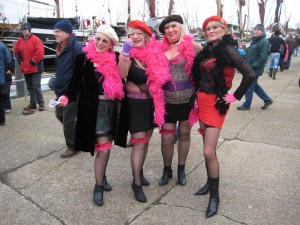 Getting ready for business 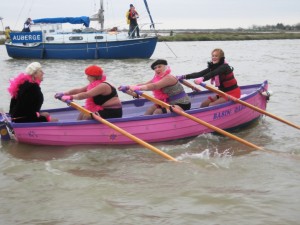 Pulling for the RNLI 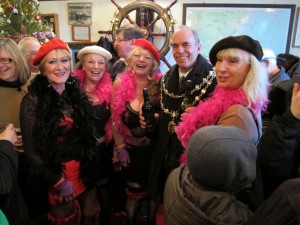